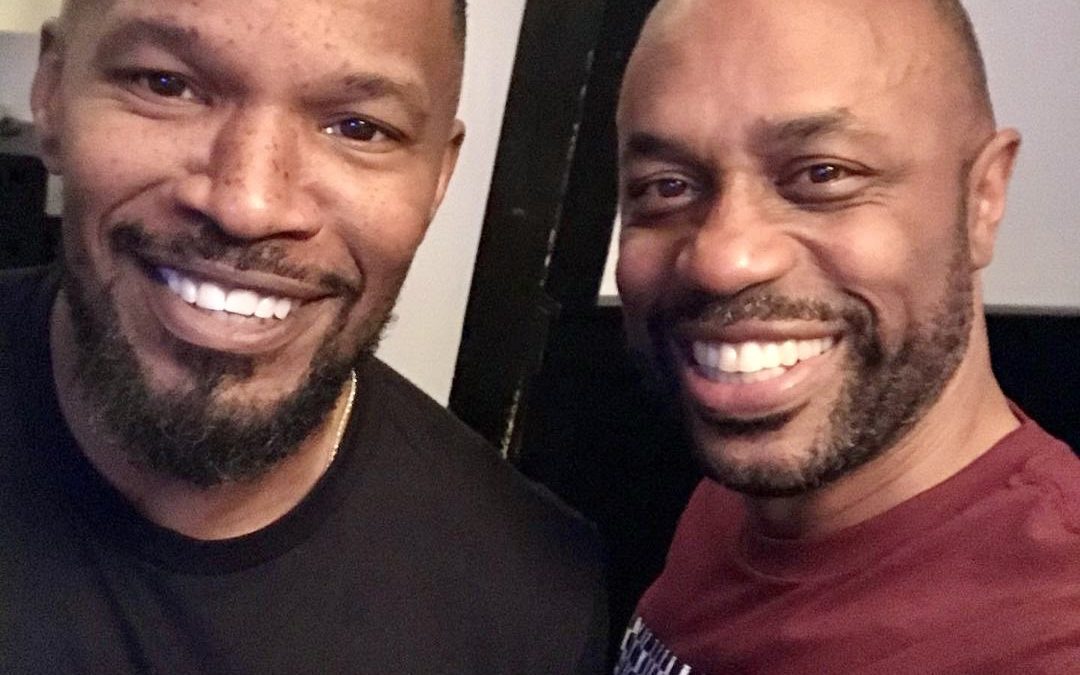 I am affirming that holding fast to this weekly #ThankYouThursday tradition of sending at least five gestures of gratitude to folks in my network to let them know how much they are loved and appreciated, is a healing and centering practice. Expressing gratitude is a superpower, especially during times of duress and disruption. So, whether by an old-fashioned phone call, text, tweet or smoke signal, I invite you to take a pause right now and let at least five people in your network know how thankful you are for them with your own special #ThankYouThursday touch.

This week I am saturating my long-time friend, colleague and co-creator, Nick Chiles, with splashes of love and gratitude. I’ve known Nick for 35 years and together we’ve been there for each other for our respective and collective peaks and valleys. I often share the story that at one of my challenging moments in life when I found myself greeting the Christmas of 1989 as a resident in an upstate therapeutic community, beginning my recovery journey, Nick sent me a Christmas card with a Black Santa Claus with words of empathy and encouragement. There is a transformational allure when receiving the right word at the right time from the right person – in this case Nick’s holiday card was that. Ironically, I cannot recall what he wrote, but I can certainly remember how it made me feel: seen, loved, and hopeful. But Nick has been doing this all his adult life as prolific writer and journalist. He has written and co-written 20 books (and counting!) with bright lights like Kirk Franklin, Reverend Al Sharpton, Bobby Brown and Tim Storey. Just this week, the Corporation for Black Male Achievement team celebrated Nick via Zoom on the release of his latest co-creation with Academy Award-winning and Grammy-winning singer, Jamie Foxx, with the release of Act Like You Got Some Sense, a hilariously candid memoir depicting the joys and pitfalls of being the father of two daughters.

Over the years Nick and I have collaborated on several publishing projects, including serving as editorial director of Harlem Overheard, an award-wining youth-produced newspaper I launched back in the mid-90’s and, editor of Proud Poppa, a newsmagazine elevating asset-based stories of Black fathers. I am also so grateful to be among one of Nick’s list of co-authors with our forth-coming book this Holiday Season I Too Am America: On Loving and Leading Black Men & Boys, which is equal parts memoir, historical account of the Campaign for Black Male Achievement, and manifesto consisting of the curated voices and visions of a cross-section of leaders that have contributed to the Black male achievement movement over the years. My mom used to tell me during my turbulent adolescence, “Shawn, I don’t have to ask you what you’re up to and getting into, all I have to do is look at who you’re hanging with.” Mom, is glad that Nick has been one of my running buddies over the past three decades! Take time to thank a running buddy today! This week’s Trailblazers Podcast #MissionFuel Wednesday episode Stephen A. Hart and I had an opportunity to be inspired by the voice and vision of Gerald A. Moore, Sr., founder of Mission Fulfilled 2030, who is laser-beamed focus on activating 100,000 Black boys into the STEM field, build a network of 10,000 Black tech coaches and mentors, and engage 1,000 companies in commitments to seeding youth tech programs. Tune in to hear his story and see why Gerald is obsessed with fulfilling his mission.