Why #ThankYouThursday? Let me explain. 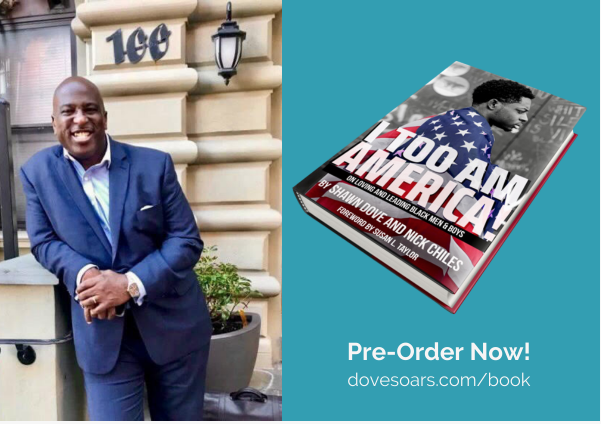 As we enter into the official season of giving thanks, it occurred to me that some of you may have been wondering all along: what’s the deal with this whole weekly #ThankYouThursday tradition?

Well, there is in fact mounting scientific evidence which shows that gratitude is a superpower when it comes to its positive impact on our emotional well-being. However, do we really need a randomized clinical trial to prove this? Of course not.

Take, for instance, the text I received from a brother from Detroit last week. In it he shared how his executive assistant had literal tears in her eyes after extending five offerings of gratitude to people in her community. This simple act of selflessness can have ripple effects in your life and the lives of others, often in ways you will never know.

So try it. I challenge you to take a pause today and send five gratitude-filled gestures – whether via phone, email, text, Tweet or smoke signal – then tag the Corporation for Black Male Achievement on socials with #ThankYouThursday.

Stephen A. Hart
Host of “Trailblazers.Fm” This week’s subject of our #ThankYouThursday love and appreciation is Corporation for Black Male Achievement partner and friend Stephen A. Hart, Creator of the “Trailblazers Podcast”.

I first stumbled across Stephen and “Trailblazers” – which features stories and profiles of Black entrepreneurs, professionals and creatives who are doing remarkable things to make our world a better place – on social media almost six years ago. After quickly becoming a fan of the show, I decided to reach out to Stephen on Twitter and thanked him profusely (it was a Monday though). He quickly responded to me and we’ve been building together ever since.

“Trailblazers” was probably less than 10 episodes old at the time but since then, Stephen and his team have created an invaluable archive of interviews (seasoned with his Jamaican accent) featuring individuals who embody Black Excellence. Folks like Black Enterprise Executive Editor-At-Large Alfred Edmond, Jr., Bestselling Author and The Memo CEO Minda Harts, Values Partnerships CEO Joshua DuBois, and Bestselling Author Dr. Dennis Kimbro, just to name a precious few, are featured in the “Trailblazers” archives of close to 300 binge-worthy episodes that are masterclasses-in-waiting!

Most importantly, I love Stephen for modeling what it looks like to be a loving husband, father and son. Those of us in his network have been with him through life’s peaks and valleys, and have been inspired by his on-air vulnerability and advocacy around the importance of addressing and tending to one’s mental health, healing and well-being.

Thank you Stephen for being a beacon of light and leadership for so many! Yesterday’s weekly #MissionFuel Wednesday episode of the “Trailblazer Podcast” featured an engaging and energizing conversation about Fueling Your Entrepreneurial Revolution with Camelback Ventures’ Dr. Charles Corprew. You’ll definitely want to check out this episode, in which he invites and inspires us to boldly answer the fruitful question: What’s Your Revolution?