See What Happens When Dads are on Duty 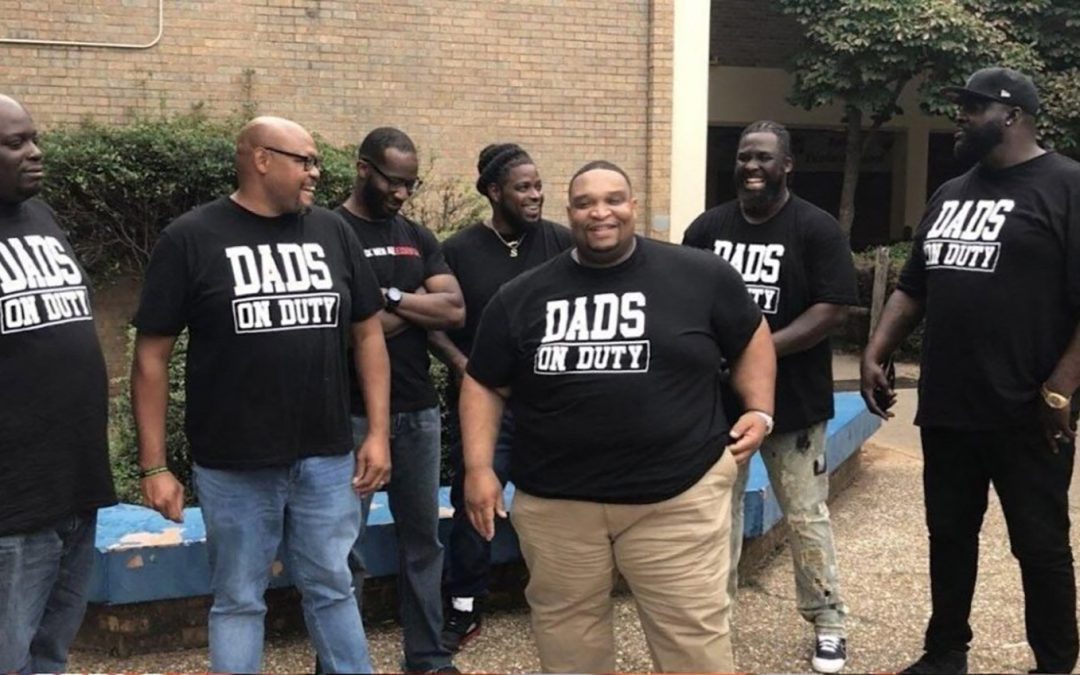 This week we’re sending #ThankYouThursday love and appreciation to a group of Louisiana fathers who are modeling my mission mantra that there is no cavalry coming to save the day in our communities – we are the iconic leaders we have been waiting for and curators of the change we’re seeking to see.

I so loved seeing the recent viral story about Dads on Duty, a group created by these fathers in the aftermath of a fight in their local high school that resulted in the arrest of 23 students. Partnering with the school administration and donning Dads on Duty t-shirts, they took shifts providing a positive presence rather than punitively patrolling the school grounds. Because of their loving and thoughtful intervention, there have been no more violent incidents reported. I’m grateful to these men for demonstrating what’s possible – not just with this school but with all schools – when Black fathers show up.

#ThankYouThursday: In Tribute to Phillip Jackson

I cannot acknowledge the impact of Dads on Duty without sharing eternal #ThankYouThursday love and appreciation for the late Phillip Jackson, who passed away three years ago next week. Phillip lived a meaningful life and leaves a legacy of community-building, youth development, social justice in his hometown of Chicago and across the nation. Phillip was founder of The Black Star Project, which ignited a national movement of Black Dads accompanying their children on the first day of school known as the Million Fathers March. Launched in 2004, Jackson’s vision was to first engage fathers on the first day and from there find ways to proactively involve them in other activities throughout the school year, thereby deepening their investment in their children’s education.

What began as a brainstorming session with Phillip and six other men in a Chicago church basement grew into a national engagement with hundreds of cities, where organizers were supplied with Black Star Project organizing toolkits. Those who had the pleasure of working with Phillip know he was humble as a lamb yet bold as a lion, refusing to take any limelight credit for his transformational leadership.

I feel privileged to have witnessed firsthand the ethos of his vision and spirit, which continues to emanate through the actions of Dads on Duty and the many thousands of fathers who take their children to school. Phillip: we miss you, I miss you, and I hope you can see how your legacy continues to change lives. Earlier this month we produced a Trailblazers Podcast episode with the headline What the World Needs to Learn from Black Fathers Now! that amplified how Black men and fathers are assets to their families and communities.

Now for this week’s episode one of Phillip Jackson’s colleagues and mentees, David Miller, M.Ed. was a guest for our #MissionFuel Wednesday episode, where he shared his moving and prolific story of growing up in Baltimore, turning tragedy into triumph, and carving a niche in the children’s book industry with producing a series of books featuring Black characters and historic themes.

LISTEN HERE for this compelling conversation where David (who’s currently completing his Ph.D at Morgan State University) talks about Black fathers’ role in their daughters’ lives and why leaders should, in his words, “shut the F up and get to work!”