Gun in My Hand, Hope in My Heart 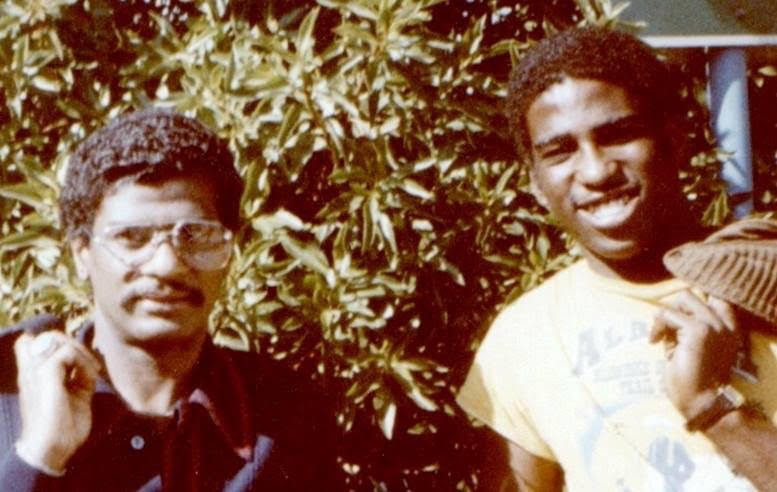 The summer before my senior year of college I traveled to San Francisco to visit my father, who I’d not seen or been in touch with for several years. On the first night of my visit, after taking me to a few of his hang-out spots to introduce me to his friends, he opened a cabinet in his apartment and revealed to me his gun: a Magnum revolver, the kind made famous by the 70’s film, Dirty Harry.

One day while he was at work, I ventured to a local playground for a game of basketball where, at some point in the heat of play, I got into an altercation with another player. An outnumbered stranger on foreign territory, I quickly left the playground once I realized this was not a fight I was willing to risk, or could win on my own.

Back at the apartment alone, feeling angry and embarrassed, I suddenly remembered my father’s gun. I sat there with it in my hands, envisioning myself going back to the playground armed and ready to really show those dudes “how we did it” back home in NYC.

Nearly 40 years later I still can’t remember how long I sat there, gun in hand, concocting my grand vengeance. What I can recall is that eventually, I began thinking about how stupid it would be to go back to the playground with that gun. How quickly my anger could have closed the doors to my entire life and future, along with those of the other young men on the court that day.

In retrospect, what saved me from being overtaken by rage, embarrassment and shame were the hopes instilled in me by the people in my beloved community, my village. It was this hope that prompted me to return my father’s gun to its case and let the incident disappear into the recesses of my mind.

Tragically, too many young men whose communities are saturated with handguns find themselves in similar scenarios, yet without any pillars of hope to anchor them. All these years later I now know that moment in the summer of 1982 helped catalyzed my lifelong mission to empower and support other Black men and boys to make safe, healthy, life-saving decisions.

10 Years in the Making The public health approach that organizations like Cities United are taking to end community gun violence is paramount to effectively ensuring that the environments our young people grow up in are safe, healthy and hopeful. For this reason we’re dedicating this week’s #ThankYouThursday to Cities United and its CEO Anthony Smith as they commemorate their 10 year anniversary.

In October 2011, Dr. William C. Bell, Mayor Michael Nutter and Mayor Mitch Landrieu partnered with the National League of Cities and the Campaign for Black Male Achievement to launch Cities United, which aims to create safe, healthy and hopeful communities for young Black men and boys and their families. They believed there was a new way to address America’s gun violence epidemic – one that acknowledged Black men and boy’s value to our nation and their right to live to their fullest potential.

Over the years Cities United’s work has evolved from 14 Down and Counting, to the Roadmap for Safe, Healthy and Hopeful Communities and Reimagining Public Safety. However, their mission and vision have stayed the same: to address the systemic and root causes fueling the epidemic of gun violence in Black communities across America. Further, Cities United challenges us to shift away from tactics like increasing law enforcement in neighborhoods, and to instead embrace a holistic, public health approach that invites citizens to be a part of building the strategies that can create safe, healthy and hopeful cities and communities.

To help commemorate ten years, we encourage you to register for Cities United’s 2021 Virtual Convening to learn more about their intergenerational strategy working with U.S. mayors and community groups to re-imagine public safety and improve the life outcomes of our Black boys and young men.